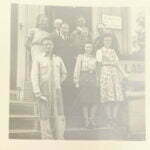 Over the years, this project has grown into one of the leading suppliers of scientific instruments in the Benelux.

Sure, the current situation does not allow us to celebrate this great moment together, but we will take the opportunity to celebrate the 100th anniversary of the company next year, at WOTS 2022.

The second part of the 20th century. 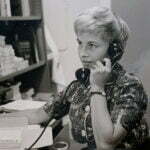 Beun-De Ronde started out as a small distributor of laboratory instruments. In the second half of the 20th century, 𝘀𝗰𝗶𝗲𝗻𝗰𝗲 𝗴𝗮𝗶𝗻𝗲𝗱 𝗶𝗻 𝗶𝗺𝗽𝗼𝗿𝘁𝗮𝗻𝗰𝗲, and so did the company.

Beun-De Ronde worked with the scientists in that period to help them doing their research and analysis efficiently and accurately.

After all, from the very beginning, our priority has always been to help our customers the best we can!

First daughter company, and big move to our current location.

As the companies grew over time, Beun-De Ronde expanded her activities in Abcoude, where we built our head-office from where we still operate today.

Beun-De Ronde is an entrepreneurial company and constantly adapting its support to the needs of the market. In the last decade(s), Beun-De Ronde has founded a number of specialized companies. The idea behind this story is that all our specialists are frequently in contact with professionals working in the laboratories in the Benelux, being able to share knowledge and experience. Here is the overview of those companies:

If you are curious about the milestones that made us the company you know today, stay tuned, we will tell you more in the coming weeks. You can also follow us on LinkedIn, where we will post a new part of the story every week.

PrevVorigeThe extraction of PFAS / PFOS in mixed matrices
NextAll the laboratories need an autoclaveNext
© Copyright 2023. All Rights Reserved.
We use cookies on our website to give you the most relevant experience by remembering your preferences and repeat visits. By clicking “Accept All”, you consent to the use of ALL the cookies. However, you may visit "Cookie Settings" to provide a controlled consent.
Cookie SettingsAccept All
Manage consent

This website uses cookies to improve your experience while you navigate through the website. Out of these, the cookies that are categorized as necessary are stored on your browser as they are essential for the working of basic functionalities of the website. We also use third-party cookies that help us analyze and understand how you use this website. These cookies will be stored in your browser only with your consent. You also have the option to opt-out of these cookies. But opting out of some of these cookies may affect your browsing experience.
Necessary Altijd ingeschakeld
Necessary cookies are absolutely essential for the website to function properly. This category only includes cookies that ensures basic functionalities and security features of the website. These cookies do not store any personal information.
Non-necessary
Any cookies that may not be particularly necessary for the website to function and is used specifically to collect user personal data via analytics, ads, other embedded contents are termed as non-necessary cookies. It is mandatory to procure user consent prior to running these cookies on your website.
OPSLAAN & ACCEPTEREN